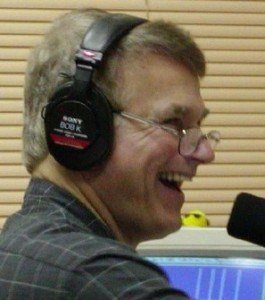 Dr. Heidi Kassenborg, who is against the availability and sale of raw milk and Doug Stephan who is for the sale of and availability of raw milk debate the benefits and hazards of selling raw milk across the board in the United States. Currently raw milk is only available for sale, legally, in 10 states – on farm sales in 15 states.

The debate over raw milk is heating up. A study released by CDC (Centers for Disease Control) in February 2012 examined the number of dairy outbreaks in the United States during a 13-year period. Between 1993 and 2006, 60% (73/121) of dairy-related outbreaks reported to CDC were linked to raw milk products. But according to the Weston A. Price Foundation, the CDC has manipulated this data to make raw milk look dangerous, simultaneously dismissing similar dangers associated with pasteurized milk.[read the rest of the article here]

There is a bill (1830) before congress now that addresses the legality of selling raw milk in all states.  As most of  you all know I am definitely in the raw milk is good camp so long as the conditions that the cows (or goats) are maintained in are clean. Living in a dairy community, I do see many dairy farmers that allow their cows to live in some pretty deplorable conditions.

Perhaps allowing raw producers to compete directly with destined for  pasteurization dairies might encourage the later to clean up their act. This in turn would benefit the cows and the population.

What is your opinion? Let us know in the comment section below…should dairies be allowed to sell raw milk in the US?

Hartnana.com is a participant in the Amazon Services LLC Associates Program, an affiliate advertising program designed to provide a means for sites to earn advertising fees by advertising and linking to hartnana.com (amazon.com, or endless.com, MYHABIT.com, SmallParts.com, or AmazonWireless.com). Thank you for supporting us.